What is Alde Heating and Why Change the Fluid?

Alde supply central heating units for motorhomes and caravans; the Compact 3020 and previously the Compact 3010. A case surrounds an 8ltr water cylinder heated by the heating transfer fluid (HTF) chamber heated by the combustion chamber in the centre. The system is powered by LPG gas in the combustion chamber or 230v AC elements (1Kw & 2Kw) as required. The system can be used with or without water as the heat is transferred via the fluid (HTF).

To heat the vehicle the fluid (HTF) is piped around aluminium pipes and radiators in exactly the same way as a home central heating system, except that instead of using fresh water we use antifreeze. There are several reasons for this;

Blue or Pink Fluid, and How Often to Change?

Most motorhomes and caravans are built and supplied with blue antifreeze installed. This degrades and requires flushing after 2 years. If it's not changed, it becomes less effective as an antifreeze and could put your system at risk of damage or costly replacement.

Alde recommend that the original blue fluid is replaced by a specific pink antifreeze that lasts for 5 years. Whilst the blue antifreeze is cheaper than the pink, the cost of changing blue fluid twice in 5 years far outweighs the extra cost of the pink fluid (changed once in the same period). You don't need Alde's own antifreeze, any fluid that meets the "G13" standard can be used. Here's a video from Alde explaining which fluids can be used:

What if I Don't Change the Fluid in Time?

In the worst case scenario, when the inhibitors in the antifreeze become weak, the boiler can corrode to the point where it fails and will no longer work. This is a super expensive item to replace. Parts of the system may no longer work (for example 240v heating).

Trained and Certified by Alde

As an Alde approved engineer I can change the heating fluid in your motorhome or caravan at your home or on site.

Based in Eagle, Lincolnshire, I cover an area approximately 30 mins around Lincoln; as far as Retford, Market Rasen, Woodhall Spa or Sleaford. I am keen to help and happy to travel further but there will be a surcharge for longer journeys. 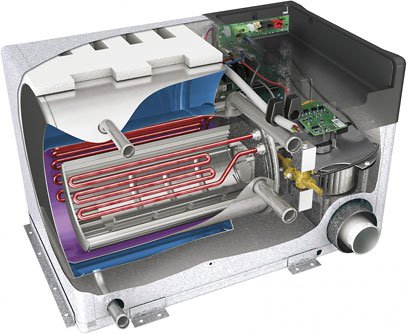 Cutout diagram of an Alde 3020 boiler 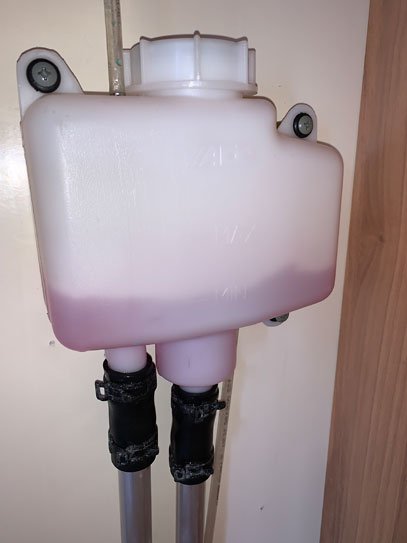 Flushing the pink Alde fluid in a Lincolnshire motorhome

Get in touch to book or for a no-obligation chat about changing your Alde heating fluid. My mobile workshop comes direct to you, anywhere in Lincolnshire.*

I don't just do annual servicing; I offer an extensive range of vehicle repairs, installations, upgrades and replacement parts. You can also book a damp check independently of a service if you wish. All repairs are guaranteed for 6 months in line with AWS code of practice (read more about the Approved Workshop Scheme and why it's a good thing for your peace of mind).

I supply and fit a range of top quality remote control caravan motor movers from Reich (starting from £890) or PurpleLine (starting from £799). Other movers are also available; please enquire for pricing.

My damp and water ingress inspections provide you with accurate moisture measurements from all areas of your vehicle to highlight any potential concerns. Always done as part of a service, damp checks can also be requested separately.

I repair, replace and install a wide range of caravan, motorhome and camper van components and am approved by all the major manufacturers. Repairs are usually quoted for and completed following your annual service, or done on an ad hoc basis for existing customers.

I'm a member of the Approved Workshop Scheme (AWS)—the only scheme supported by all the major UK manufacturers. Rest easy knowing that I'm qualified to required standards, repairs are guaranteed, and active warranties protected. I comply with the AWS Code of Practice so you'll always know what to expect when you hire me. Read more...

Get in touch for a no-obligation chat about servicing, maintaining or improving your motorhome, camper van or caravan. I come to you, anywhere in Lincolnshire.*